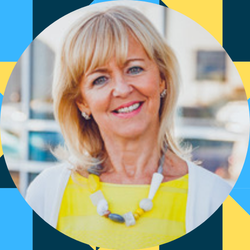 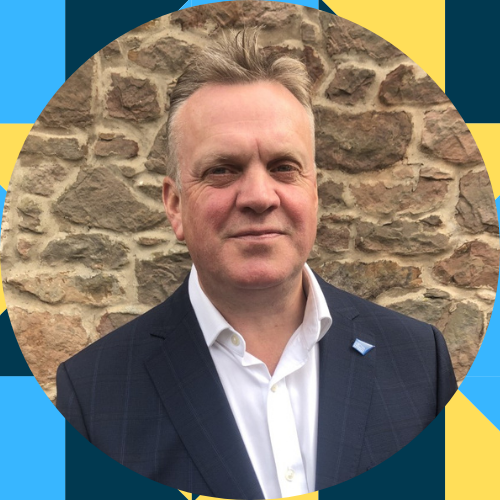 "Fraser Allen worked as a business journalist before becoming Editorial Director of the publishing division of Chime Communications plc. He then founded and ran White Light Media, Scotland’s leading content agency, for 18 years before selling the business and returning to his first love of writing and working closely with clients."

Rebooting your business in the pandemic era with Fraser Allen

Fraser Allen has more than 30 years’ experience in journalism, marketing, communications and enterprise. After working as a business journalist in London, and a spell as a newspaper reporter in Istanbul, he moved into marketing and became Editorial Director of the publishing division of Chime Communications plc. While there, he launched major projects for clients including Royal Mail, Prudential, Scottish Power, Bank of Scotland and British Gas. In 2001, he established his own marketing and communications agency in Edinburgh, called White Light Media. As well as building a successful organisation with a talented team of writers and designers, Fraser led numerous award-winning projects for clients including Lloyds Banking Group, Royal Bank of Scotland, Standard Life, Tesco, Channel 4 and Total. He also published the magazine Hot Rum Cow, which developed a cult following across the world and was stocked in the Museum of Modern Art in New York (among many other places). Fraser was voted Magazine Publisher of the Year at the Scottish Magazine Awards in 2013, with Hot Rum Cow voted the world’s best drinks publication at the Spirited Awards in New Orleans in 2015. Between 2015 and 2019, Fraser also owned World Whisky Day, a global social media celebration of Scotland’s national drink, which he successfully commercialised by bringing whisky brands on board. After 18 years of running an agency, Fraser was keen to return to spending more time working one-to-one with clients, and so initiated a management buyout of White Light Media in 2019. In January 2020, he established Fraser Allen Communications, providing support to clients through content, communications & marketing strategies, and high-quality copywriting. He is also Social Media Curator for the Library of Mistakes, and produces the popular Scottish Business Network podcast. Fraser lives in rural East Lothian with his wife and daughter, and loves exploring the great outdoors.

Your logo could go here!

If you'd like to get your brand in front of attendees following the categories this speaker is talking about (on this page, via email and during each talk) contact us.
We use cookies This website (and some of its third-party tools) use cookies. These are important as they allow us to deliver an exceptional experience whilst browsing the site. Learn more about our cookie policy. By closing this banner, scrolling, clicking a link or continuing to browse, you agree to the use of cookies. Accept
I need help
No I need help
No I need help